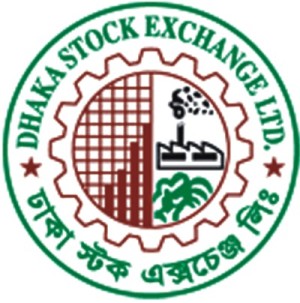 Stocks slipped in the red again today (Thursday) after previous sessions’ upturn amid sluggish turnover as investors followed cautious stance. The market opened with a positive mood, but could not sustain as the session progressed. DSEX, the prime index of the Dhaka Stock Exchange (DSE) dipped below 4,900-mark again and ended at 4,899.60 points, shedding 26.63 points or 0.54 per cent. The other two indices also closed in the red. The DS30, comprising blue chips lost 11.82 points or 0.64 per cent to close at 1,814.69 points. The DSE Shariah Index shed 8.40 points or 0.72 per cent to close at 1,145.81 points. Turnover remained sluggish and dipped below Tk 5.0 billion mark after 16-session and amounted to Tk 4.86 billion which was 15.62 per cent lower over the previous day’s turnover of Tk 5.76 billion. The losers outpaced gainers as out of 295 issues traded, 149 declined, 114 declined and 32 issues remained unchanged on the DSE floor. Jamuna Oil was the most traded stock with shares worth Tk 408.04 million changing hands followed by Khan Brothers PP Woven Bag, GP, BEDL and Meghna Petroleum. GSP Finance was the day’s highest gainer for the second day, posting a rise of 7.60 per cent while newly listed National Polymer was the day’s worst loser, slumping by 15.21 per cent. The port city bourse, Chittagong Stock Exchange (CSE) also returned to the red with its Selective Categories Index – CSCX – lost 47.04 points to close at 9,265.55 points. Losers beat gainers 124 to 58, with 29 issues remaining unchanged at the port city bourse that traded 8.23 million shares and mutual fund units with turnover value of Tk 308.63 million.

DSE up, CSE down at opening